What Does the Law Say about Homeschooling for Preschool and Kindergarten? 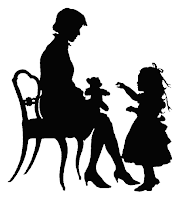 As it's become ubiquitous to send children away from home for schooling at the age of five - or perhaps even four and maybe even three - questions regularly arise in regards to homeschooling preschool- and kindergarten-aged children. Can we homeschool in Wisconsin at such a young age? Do we need to notify the state if we do? What about enrolling in a conventional school - public or private - after homeschooling in the very early years?

Confusion about such matters stems largely from the fact that there exists a conflict between state law and current cultural norms. That is, even though most parents who intend to utilize conventional schooling do currently send their children to kindergarten (at the age of five) - in fact, many send them to 4K and some even choose to start with 3K - the compulsory school attendance law for the state has said for decades - and continues to say - that children are not required to begin formal schooling until the age of six (specifically, not until the year they turn six by September 1), which is conventionally considered to be "first grade." Most people believe attendance in five-year-old kindergarten (5K) is mandatory because every school offers it; they do not realize that 5K (as well as 4K and 3K) is wholly optional. But it is the legal framework currently in place - not common practice - which provides answers to those seeking to homeschool in the early years.

To begin with, though providing explicit academic instruction to three-, four-, or five-year olds is not mandatory, neither is it prohibited. Thus, a parent who intends to homeschool her children may - at her discretion - introduce academic content to young children as she sees fit. She need not mimic the approaches or expectations used by institutional preschools and kindergartens or even follow the requirements in the state's homeschool law; instead, she can (should) customize to meet each child's real needs according to his/her developmental readiness.

That said, parents of children under the age of six are not required to notify the state if they institute some form of homeschooling. In fact, because compulsory school attendance begins at the age of six, there is no mechanism by which parents could tell the state they are homeschooling a younger child even if they wanted to; the homeschool notification form applies only to children between the ages of six and 18, and it would be inappropriate to tally a younger child. This applies even if, for example, a four- or five-year old were doing "first grade work," because the law delineates by a child's chronological age, not his/her academic level. Thus, parents choosing to provide some form of academic instruction to preschoolers or kindergartners get to maintain privacy for themselves and their children...and that's a good thing.

For various reasons, some parents don't want to send a five-year old to school, but may be interested in enrolling later, perhaps as early as first grade. Up until 2009, that was an easy process all through elementary and middle school - and possible with some caveats for high school. And it's still a simple process most of the time - i.e., it's just a matter of asking to enroll in a school and insisting (if questioned) that the child be placed in the "grade" that matches his/her chronological age, the same as any child transferring from any other legally-recognized school. But in 2009, the state legislature passed a law - Act 41 - which complicated the process for those interested in having a child begin at a public school in first grade without having first attended kindergarten at a public or private school - and even though private, home-based education is defined in other state statutes as one form of private schooling, homeschooling for 5K "doesn't count" under Act 41.

It remains unclear why the legislature felt compelled to pass Act 41. After all, most who utilize institutional schooling start their kids in 5K (or earlier) already. And the few families across the state who may have wanted to homeschool for 5K and enroll for first grade were very likely already working with their local school districts on an individual basis. Thus, it seems that Act 41 was created to solve a "problem" that never existed. Or it may have been a way to effectively lower the age of compulsory attendance without going through proper channels for amending a long-standing state law. Whatever the initial motivation, it (unfortunately) remains state law to this day.

With that in mind, what recourse do parents have if they're interested in waiting until first grade - or later - to enroll a child in a conventional school?


In summary, Wisconsin parents may choose to homeschool their children younger than the age of six, and those children are actually exempt from the requirements in place for children between the ages of six and 18. But parents should be aware of a 2009 law that makes it difficult to enroll in a public school for first grade after completing 5K at home and plan accordingly.