What About Those 875 Hours? 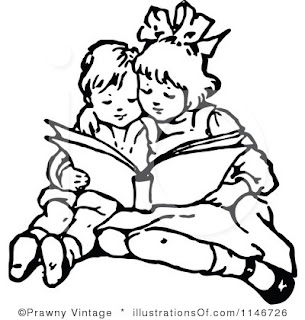 Many parents express anxiety about how to meet the Wisconsin homeschool law's "required hours" rule - i.e., the provision stating we must "provide at least 875 hours of instruction each school year." That number appears to be quite random and it might also seem high and, perhaps, unattainable.

This state-mandated number is actually the same as was required of kids in the Wisconsin government school system (and in private schools) when the homeschool law was originally written in the early 1980s. Though the law has since changed for those attending institutional schools, it has remained at the original number for homeschoolers ever since.

For all kids, though, the most important principle to remember - which I know from my nine years as a classroom teacher in the public schools - is that the required hours rule has always been (and still is) based on children's attendance - i.e., whether their bodies are present or not. The original number (i.e., the number still applied to homeschoolers) was obtained by calculating the number of hours in which high school kids' bodies were present in six classes per day plus "pupil transfer time" (in between classes) for 180 days a year. That same number was applied to middle and elementary schools and, eventually, to homeschool families.

Of course, the presence of children's physical bodies in a location doesn't mean kids are actually engaged in formal learning activities for that whole time. In fact, even in an organized high school classroom, one can eliminate from instructional time at least five minutes after a bell rings for getting settled, and another five to 10 at the end. Additionally, we all know how much wasted time and/or kid zone-out time happens in the middle of lectures and in typical elementary classrooms as well.

But the system says that if the kids' bodies are present (in a school building or as part of a school-sponsored activity), the hours count. So...by that same standard, if our homeschooled kids are with us (or with someone designated by us according to the homeschool law's parameters), their hours are counting.

Because this is true, here's the math: Let's say that, on average, a child is awake for 14 hours a day. And our learning year is legitimately 365 days (not just 180). Even if we're not always doing bookwork (because, remember, the rule is based on when our kids' bodies are present, same as with the system), that means we have 5,110 "school hours" in a year. And even if we remove three hours a day for meals (since the system's ciphering does "not include the lunch period"), that's 4,015 hours each year. Of course, we can legitimately and unapologetically count our kids' "recess" time as physical education/health/fitness - in fact, schools are allowed to "include recess and time for pupils to transfer between classes"- but even if we eliminate that, it's clear that we really have plenty of time by the system's standard of measure - i.e., that hours count if the child's body is present.

Remember as well that "instruction" is not defined in the homeschool law - and that it is not limited to the six content areas explicitly named in the text of the law. Thus, "instruction" legitimately includes each and every activity that you deem appropriate to your child's holistic education. Furthermore, the law does not allow bureaucrats to ask you for proof of your hours (or anything else). Thus, we have no legal obligation to tally our hours. We must "provide at least 875 hours," but the law never says we must track those hours.

So...the lesson of the day in terms of time for Wisconsin homeschoolers is simple: Don't fret about it for even a minute. The fact is that the homeschool hours mandate uses the system's rules in place when the homeschool law was written and sticks them onto homeschoolers. We get freaked out by that when we shouldn't, because we can and should take the bureaucrats' rule and make it work for us. If they're going to say they have a right to mandate anything to us, then we can use their definitions to our benefit. They define attendance as the presence of the children's bodies, so we can too. Fair is fair!

So relax and enjoy your freedom. You've got the hours covered without even thinking about it...at least three to four times over.