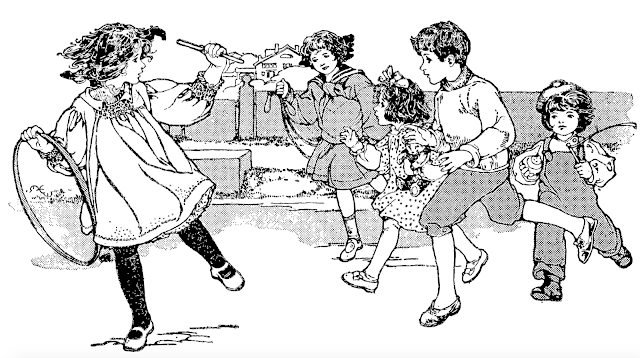 Based on one clause in the Wisconsin homeschool law - "[a]n instructional program provided to more than one family unit does not constitute a home-based private educational program” - some have begun suggesting in recent years that group classes (i.e., via co-op participation or enrollment in select community-based courses) might not “count” toward the law's 875-hour mandate. Most of those who promote such a position say that, while parents might choose to enroll in co-ops or outside classes, educational content studied in that context cannot be "counted" as a real part of a child's homeschool learning endeavors. And some even go so far as to insinuate that participating in such classes isn't really legal.

There are, however, two huge problems with either of those views. The first is that, while the law does legally obligate us to "provide instruction" for at least 875 hours a year - read more about what that means HERE and HERE - the nature of such "instruction" is not defined beyond listing six broad content areas to annually address in some way. And the law most definitely does not legally require us to track hours - i.e., "providing" and "tracking" are two different things and, while the law mandates the former, it says absolutely nothing of the latter. Furthermore, it would be illegal for any bureaucrat to ask us - absent some evidence of possible educational neglect - for information about how we accrue 875 hours (or more) each year. Thus, it's illogical to suggest that some hours spent on educational endeavors "count" and some don't, because, if we needn't count hours, there's no obligation to designate some learning time as "counting" and some as not.

Secondly, the law clearly states - in a clause roundly ignored by those opposed to co-ops - that instruction provided “by a person designated by the parent” can legitimately count. In fact, the DPI unequivocally indicates that even full-time enrollment in a private-pay online school (as distinguished from publicly-funded virtual charter schools) – where it is understood that children from multiple families will participate in class activities all at the same time - is one form of legal homeschooling. And Section 118.53 of the state code "allows homeschooled students to attend [any] public school on a part-time basis" - where adults other than a child's parents will definitely provide instruction for groups of unrelated children - for "up to two courses per semester," without any indication that such coursework cannot be "counted" among the mandated 875 annual hours.

In addition, co-ops and the like did not even exist when the actual homeschool statute was written. Thus, the contentious phrase so-oft quoted by co-op opponents cannot – in keeping with a good hermeneutic – mean that any content studied away from home, led by a non-parent, or in the presence of other people’s children “doesn’t count.” In other words, in considering the context in which the law was originally written (and understanding that it has not been rewritten since its inception), the phrase in question cannot legitimately be said to have bearing on privately-organized group classes. Rather, it simply means that home-based private education is distinct from institutional-based private education (i.e., brick-and-mortar private schools) and that a parent can only homeschool (i.e., file a PI-1206 form for) his/her own children, not another family’s children.

The bottom line is that - despite recent attempts (since 2015) at ill-conceived revisionism by some quarters of the Wisconsin homeschool community - nothing in the actual homeschool law precludes participating in co-ops and community-based classes, or from "counting" such time as a legitimate portion of a child's homeschool learning endeavors. In fact, the Wisconsin Department of Public Instruction (DPI) declares that, in passing the homeschool statutes (in 1984), "[t]he legislature intended to provide parents the option of homeschooling their children with minimal interference from state and local officials." Thus, in practice, homeschooling families have been forming and joining co-ops and community classes without issue for as long as each has been in existence and - in keeping with precedent that dates all the way back to 1984 - have been left alone to "count" that time as each sees fit, without interference from either governmental bureaucrats or other homeschoolers.

That said, it is, of course, important to homeschool with integrity. As such, we should keep in mind that the spirit of the law as written does point to the idea that a homeschooled child's parents will take direct, personal responsibility for the majority of the child's education. Thus, while utilizing a private-pay online school (even on a full-time basis) or delegating a vast portion of a child's educational activities to a non-parent (in either group classes or individual tutoring) does not violate the letter of the law, doing so does seem to be a way to circumvent the actual intent of the law.

Perhaps it is this apparent disconnect - and a resulting fear that bureaucrats will notice those who delegate a majority of their children's homeschooling endeavors to other people and take punitive action against all homeschoolers in response - that has caused co-op opponents to become so strident. Of course, acting out of fear is never wise. And seeking to impose one's own fear-based personal opinion on others - in opposition to 30+ years of precedent and the actual language of the law - is certainly rude and both factually and ethically wrong.

Thus, if you honestly want to outsource your child's entire homeschool education - to a private-pay online school, co-op programs, part-time public school enrollment, and/or a private tutor - the law itself, precedent, and the principle of "minimal interference" combine to give you a legal right to do so. And neither government bureaucrats nor other homeschoolers - no matter how vocal they might be - have a legitimate right to question or criticize your decisions.

It is inarguable that the homeschool law allows for homeschooled kids to take up to two classes per semester at a public school and still retain full homeschool status. Though legal language eventually expanded to include kids of all ages and to allow enrollment in classes at any public school - contingent upon space availability - this rule initially allowed classes to be taken only at a school in the student's district of residence and applied only to high school students.

So let's look at that initial rule and extrapolate from it. The length of a conventional high school class period is typically about 50 minutes, give or take, depending on the district. This average means that a homeschooled student taking two classes a semester at a public high school is legally allowed - without question - to spend up to 100 minutes a day being taught by non-parent teachers in a group setting at the school. This adds up to 500 minutes - a little over 8 hours - each week, or 300 hours over the course of a conventional 36-week "school year."

Since that provision has existed in the text of the homeschool law for decades, what if we applied the same measure to our use of co-ops and community-based programming? After all, if it's unquestionably legal for a homeschooled student to spend up to 8 hours a week in group classes within public schools, there should be no question about the legitimacy of spending a similar amount of time in co-ops and/or classes offered by any number of community organizations. It would be logically inconsistent to suggest otherwise.

Though I don't personally promote it - I actually advocate for the opposite (i.e., for parents to personally direct the vast majority of their children's homeschool education...because we miss out on a great deal of joy and accomplishment by outsourcing) - it is no one else's business if you delegate more time than this to non-parent instructors, for the reasons outlined above. But I do think it's wise to impose a limit on ourselves since homeschooling is, by definition, intended to be primarily parent-directed. And the 8 hours a week (or 300 hours a year) idea is logical, since it extends from a long-standing provision in the actual homeschool law.

We certainly don't need legislators to codify this; in fact, it's always best to stay "off the radar" in regards to government bureaucrats. And my idea is only a suggestion to consider - not any sort of authoritative mandate - in response to the misinformation that has spread in recent years. Homeschoolers in Wisconsin can legally employ the use of non-parent teachers even in group settings like co-ops - and can "count" the hours spent therein (though, in fact, we aren't mandated to count hours at all). And how each family parses that out is a matter of individual conviction. But if you desire an evidence-based guideline for what might be an appropriate amount of time to delegate instruction - recognizing your legal freedom to do so without overusing it - you're welcome to consider my suggestion. It is well-reasoned and logical, and grounded in precedent and the law itself.